On this “5th Australian State” day, the Kiwi bbq never really gets going thanks to all the Kiwi beer tasting that requires priority.

There are time-out lessons in lingo… though buggered if I can recall anything beyond
“Ok Champs, I am wearing j.a.n.g.l.e.s.
“Jangles”
“And you are wearing g.l.a.m.d.a.l.s”
“Glamdals”
And so what are these?”
“THONGS!”
“Noooooooooooooo. Drink more beer!”

You are made to bow down in the presence of anyone who had a forefather present at the signing back in the day. Signing of what, and what back day is also a little hazy. And the day seems to be centred on insulting….everyone! The more of one nationality present, the more you insult them and their funny twanging ways.

Ha! The Aussies present hated us by sunset! Yes!

But I must say, I have quite taken to Aussies now. The little sweethearts warmed the cockles of my cynical African heart after I was forced to bed down in waterlogged camping with about 40 of them (plus the quota handful of foreigners) for the past week.

I had gotten myself a side week job and headed to New South Wales to manage the camp of a hoard of Honours students (Swarm? School? Posse? Litter?). It was my job to ensure that each and everyone of the ute-load-stomached soy-only-drinking did-that-go-near-anything-bovine I-haven’t-eaten-for-10-miutes lot of them were fed & relatively happy.

When they grumbled, I threw chocolate frogs at the problem (them).

In exchange they would give me lessons on Aussie culture & nature. Although, by the time we reached the conversation of the udders on kangaroos I started to smell a fairly tall pouched hopping rat.

It was great. Fun. Lovely to be out & about & experiencing “the land”. And then, after one day of aura’ing sweat, it started to rain. And rain. And fkcing rain like we had camped down in an equatorial outpost in monsoon season.

For 4 solid days, I trudged in rain, dressed in rain, shopped & drove in rain, chased possums away from the food in rain, braved long-drops in rain, bedded down & bedded up in rain. I would wake to see a thermorest idly drifting past me & close my eyes to the sight of a wallaby doing backstroke.

We drove back in rain. I’ve been washing clothes for 2 days that still stink of mouldy rain. And the next Aussie that tells me I must shower for only 4 minutes because the country is undergoing a drought is going to get a Fat Klap and sent camping in New South Wales!

And, with all glee and chuffed pride, I can FINALLY. F.i.n.a.l.l.y. say, after 6 months of being in ‘Stralia, eating more roo steaks than I have drunk platable wine, and having racked up sightings of only two roadside kills of Kangaroos, I have finally seen real live bouncing grass-munching real Kangaroos! Fields and fields and golf courses of the big guys, just sommer chilling.

Which did make me ask the Aussies, “like what on earth do kangaroos actually do???”

Which might have been when the conversation led to their udders…

So. It’s been a good few weeks. And now I am into Day 2 of “Work”. And maaaan, if my head is not aching from trying to recall the skill of concentration! 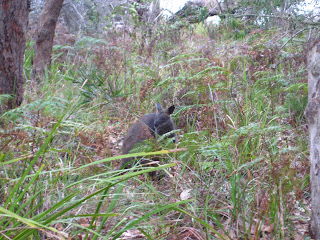 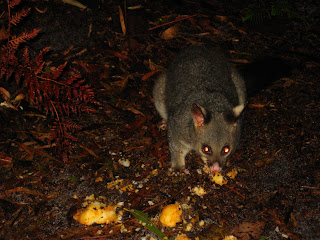 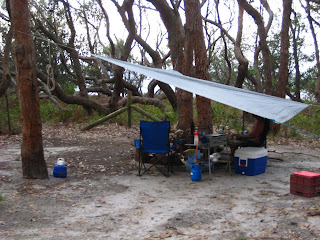 Aussie in his natural setting (pre-rain) 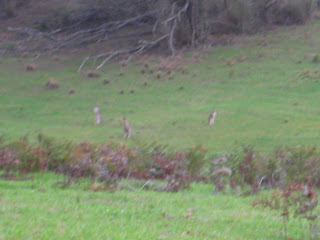 KANGAROOS!!!!!!!!! Damn blurry creatures, they are though!
Posted by Champagne Heathen at 11:54

New Zealand Day...where the whole country remembers what it was like to win a world cup back in '87 :)

Cam - Ha ha ha! I will definitely throw that one in next time! Gotta love pssing the "others" off!

Po - Like Ostrich! Or, like venison, I guess. Its a very red meat, and apparently very healthy. And probably what rat would taste like... cause Aussies consider them to be rat's bigger cousins.