In one warped way, it is good to know that Mbeki has such respect for SA's Health Minister. Because, considering the emails I am receiving throughout my work days... the rest of "connected" SA certainly does not have an ounce of it left....
"It has just been announced that the name of the "Johannesburg General Hospital" will be changed.
From 1 September 2007 it will officially be known as the "Manto Tshabalala-Msimang Pub & Grill".
"It was the usual.
The MP's congregated in Parliament and the chairperson shouted out loudly: "ORDER PLEASE! ORDER NOW! "
Manto Tshabalala immediately replied "Double Jack with lemonade for me please!"
The DA should relax. Because of them Cabinet Minister Babalaas-Msimang has had to issue a few statements recently...
A statement from the health minister:
"Although I was Absinthe from the office for several months, I wish to remind you that I Amstel the Minister of Health, am not a dictator but I Amarula and I will continue to Rum the Department of Health," she stated, announcing her return to office.
When quizzed on her health, she mentioned she had recovered well. "Of course I am well, she retorted. "I am more than well - I am OKWV! Ask a stupid question and get a stupid Hansa.
Despite being asked about her new liver, she made no reference to the Morgan transplant.
President Mbeki has rallied around his friend: "She has my Absolut support. That is why I wiped the silly Smirnoff her deputy's face! The opposition will not be able Tequila career."
Let's face it, no matter how many times the DA has stirred, the Minister appears unshaken and despite her career being on the rocks , she is still a Mainstay of the ANC government.

Should SA ever become like the Eastern Germany depicted in The Lives Of Others, which I watched last night... brilliant..., I am SO going to be one of the people that the government opens an Operation case on. If for nothing else, so that some poor Secret Police sod has to sit all night listening to me being ravished silly about my apartment...

Sorry. I think I changed the topic there... 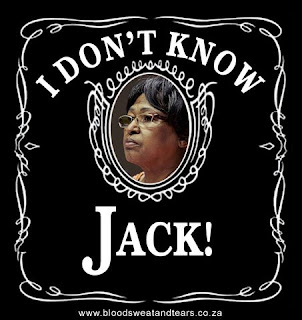 Posted by Champagne Heathen at 10:32

I'm applying for the Secret Police as we speak.

while hugely off the topic and very very random but still light banter, now that nicole richie is preggy, she is finally eating for one.

TO: her infinite cuteness


Eating for one? You mean instead of one-quarter?