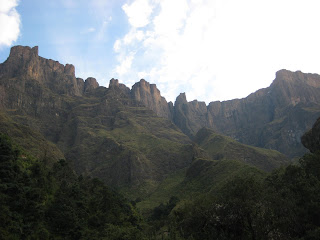 No words. Trying to retrieve energy today. My hiker hardly flinched a muscle, whereas I am hobbling with aching legs about the office today... 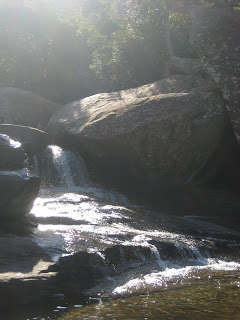 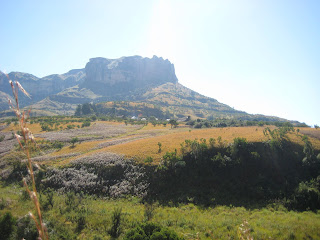 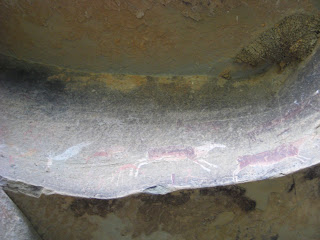 San Rock Art... There are about 27 more sites of such paintings throughout the Berg, but they are remaining hidden from the public, considering how the public managed to wreck the paintings of this site over the years.
These pics are about 800 years old.
A cave that had painting was used as a sacred praying area by the San. Not for their general living areas.
DID YOU KNOW: The San did not use snake poison on their spears, because that would sour the meat of the animal they hunted & shot. Rather they used Black Widow (Spider) poison, which would paralyse the animal. They'd cut the piece of meat off around the wound, throw that away and use the rest.
AND the San hunted at night.
Fascinating! 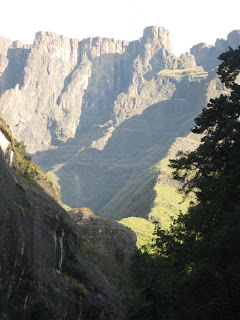 The Drakensberg is mainly basalt overlying sandstone. At some stage, all the land was as high as the tops of these mountains, and has since eroded away. 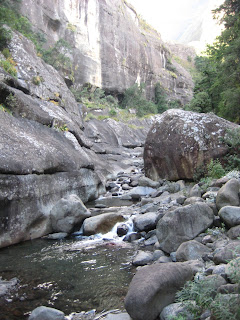 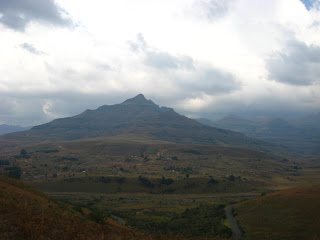 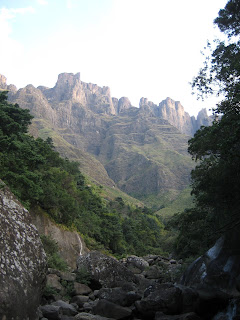 Posted by Champagne Heathen at 11:33

Stunning. Makes me proud to be an East Coaster.