TIA: What I learnt from a week in Madikwe 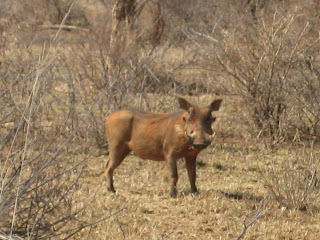 · A giraffe’s heart weighs about 13 kilos;
· Rhinos can wallow in mud to a ridiculously amusing extent;
· Rhinos can prance…at sunset… with approx. 5 other rhinos as their bemused audience;
· 1 year old lions are too eager when hunting unsuspecting warthog;
· That particular warthog might still be running out of terror of being charged down on by 5 young lions!; 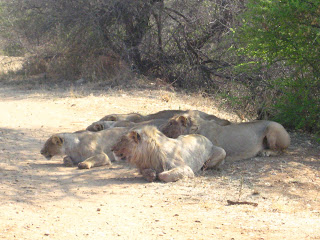 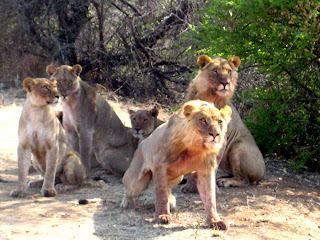 · Wildebeest are just dumb;
· The outdoor shower is much better than the inside shower…because of less massive spiders on the ceiling;
· Plus, outdoor showers just rock my little world;
· As they rock my boyfriend’s world;
· A week at a game lodge does not a thin trim bunch of family make;
· Herman Charles Bosman’s stories will make a good liberal blush. If they don’t realise how excellent he was at tongue-in-cheek;
· Meneer Bosman was a Madikwe man…well, before Madikwe became Madikwe:
· Madikwe was created when a whole bunch of farms were “conglomerated” and made into a nature/ game reserve; 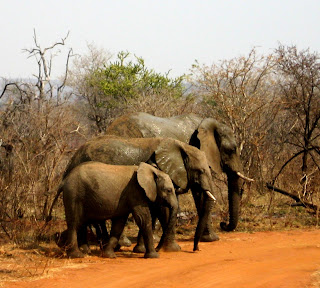 · It was called "Operation Phoenix: one of the largest game translocation exercises in the world. More than 8,000 animals of 28 species have been released into the Madikwe Game Reserve. It began early in 1991 and was completed in 1997
· There is one palm tree and one cheetah in Madikwe – the palm tree is still there because 1 farmer would sell his farm on 1 condition… the palm tree stayed intact. The cheetah is still there because the rangers had to go over to Botswana to retrieve it two weeks ago when it chased an impala THROUGH a fence;
· Zeerust is all about its Wimpy;
· Rustenberg is the fastest growing town in South Africa;
· Game Rangers do not like it when you decide to do the sunrise tour on New Years morning;
· There are some folk in Madikwe who have been studying jackals every single night for at least 4 years; 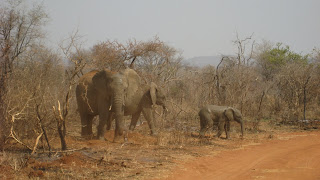 · I could get used to staring out at the bushveld as I fall asleep every midday on an enormous cosy bed after a hearty brunch, before a high tea;
· There is this phenomenon girls suffer from called “Khaki Fever” – like “Jungle Fever” but it is for guys who wear Khaki… it includes game rangers and geologist types;
· Elephants enjoy digging up and damaging lodges’ water pipes for their own mud bathes; 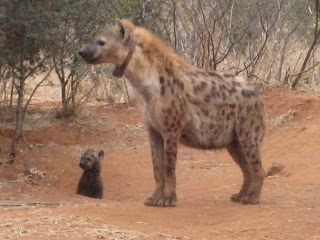 · Hyena babies are actually cute – unlike any of their species older than 6 months;
· I will never be quite sure how to repay my dad for all the incredible travels/ experiences he has ensured his many kids have had;
· Loeries are no longer called loeries but have been renamed whatever their name is more north in Africa;
· That grey noisy loerie isn’t even in the loerie family anymore, but is now officially the “Grey Go-Away Bird”
· Big Game spotters do not like when Birders are on their landcruising game drives;
· I still hate mampoer;
· It is never wise to have a camera near a plunge pool; 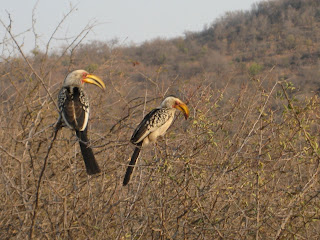 · Bushbabies cannot be seen after a good stiff sundowner and few following land cruising beers…burp…;
· A Savanna, following an amurula coffee, at 10am helps “take the edge off”;
· The Botswanan border post is literally right next door to Madikwe’s western entrances;
· I still don’t know which way is North, East, West and South;
· Brothers will always be brothers, in all their weird ways;
· I still envy the life of a game ranger, but don’t think I could do it;
· It’s the small touches that make you feel so spoilt when game lodging;
· You always underrate how incredible bush holidays are, until you get back to one. 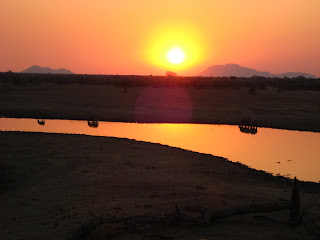 Do you see the Silhouette of the rhinos and zebra! 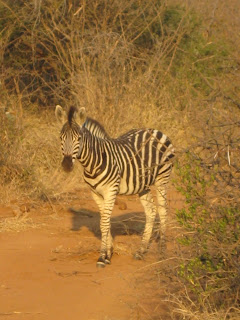 Posted by Champagne Heathen at 13:47

your post was so much better than the usual 'i went on safari and took some pics'.

i think it was the bulletin list that kept me entertained.

i have a short attention...oooh, look i have pretzels on my desk...

:) Thanks! For the photo compliment & about the post. Yup! I definitely know about losing interest in others' travel tales unless everything is short! Otherwise I do alot of "glance over". LUCKY FOR YOU...I plan on putting all my travel lists in a section on the right side...when work allows me some time!

WOW what an incredible holiday! Sounds awesome. Although I'm not much of a birder, my boyfriends folks are so we stopped for every little bird... I think the hornbill, although very common, is my favourite. They always look rather flustered!

Benz - I think I am a budding birder. Which scares me. A lot. :)
Especially when the big ones try to kill the little ones :)