Let me Introduce you

The first time I met him was when I was taking out the rubbish one evening. All I could think was “Yoh! But aren’t you obese!”

The next time was when we bumped into each other on the pavement. He turned and fled.

My Guy started to ask around about him. And that’s where it all became very amusing. To me, at least.

The prissy office mate at My Guy’s work informed him in her disdainful tone that this guy loves nothing more than to get drunk. And once he’s moved in, you’re not going to get rid of him. So Be Warned! Get rid of him now!

Be warned! If you are not relentless and call in some professionals, you are going to end up with a snoring slobbering drunk possum suffering from Sunday morning Losers in your ceiling!

And that is what we now have.

I have a possum. He looks like an obese cat. And is cute and cuddly in that rabid stray wild animal sort of way. But he has his charm. Who could not be charmed by an antisocial drunken basketball of dirty hissing fur, that sounds like a hefty man when he walks around the ceiling.

The story goes that he likes to eat the fermenting berries, these get him drunk, and then he lopes home, “slips” (crashes!) under a tile, and is supposed to pass out in a snoring slobbering obese stupor. With poor me lying in the room beneath.

What she did not warn us about, was that he is an agro drunk. This guy has hour-long sunrise hissy fits like I have never heard them.

4am Sunday mornings and there I lie, shouting at the ceiling that I deserve some sleep too, I too am suffering from cheap-ass wine! As he hurtles about the ceiling above me hissing in hysterics at some chancer bird that has come near his “ceiling domain”. Or at the broom-banging from our neighbour’s side who also doesn’t want the guy snoring above them.

But! My revenge is Nye! I recently found out where he sleeps during the day (for some reason he moves on from the ceiling at some stage. Oh. I’m sorry. Do I make too much noise for you in my room below!). And I now have every intention of scratching and banging up a babalassing headache cacophony with occasional flashes of bright sunlight into his bloodshot boozer eyes! 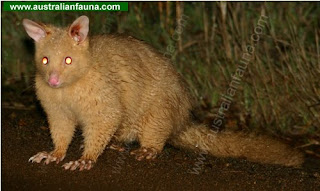 Posted by Champagne Heathen at 12:13