Where in the world is Champers

Paid for by work.

It is times like this that I love my job! 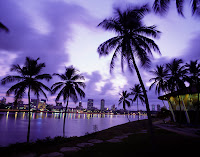 And to keep you guessing as to the nature of my location….

Here is the flag:

Its actual capital is Yamoussoukro, as from 1983, but recognition of this is not really occurring.

Yes? Hey? Figured it out yet?

Think French people getting airlifted out of there just three years ago.

Since then it has experienced two coups and one civil war. Which may be why my brothers are more than slightly stressing about my trip.

Oh, and they’re also stressing because…. In November 2004, around 10,000 French and other foreign nationals evacuated the place due to attacks from pro-government youth militias.

It is one of the most prosperous of the tropical African states. “After gaining independence in 1960, the country enjoyed a rate of economic growth unequaled by its neighbors”.

It has the densest tropical forests, which covers about one third of the country “before it melds with the savanna of the north”.

French is the official language, 65 languages are spoken in the country (and we thought we were bad with eleven!). One of the most common is Dyula, which acts as a trade language as well as a language commonly spoken by the Muslim population.

In 1985 the government requested that the country only be known in every language by its french name.

Its national university opened in 1964

Its main exports are: Cacao beans (for chocolate!!), coffee, tropical woods, copra, pineapples, rubber, cotton, and palm oil. Mining, while underdeveloped, is diamonds, some gold, and offshore petroleum. There are reserves of copper, nickel, uranium, and manganese, but these have not been developed.

It has one of the best transportation systems in West Africa.

Although most of the fighting ended by late 2004, the country remains split in two, between North and South. It is the process of reuniting.

The main groups are Muslims (+30%), Christians (+30%) and animist. 4% of the population is of non-African ancestry. Many are French, Vietnamese and Spanish citizens, as well as Protestant missionaries from the United States and Canada.

Hydroelectric dams have been built on the Bandama and Bia rivers to supply electricity.
Here is its Coat Of Arms:

And lastly…. Its name comes from the thriving trade in elephant tusks that attracted European adventurers to the area in the 17th century.

So? Have you guessed it yet? If not, best you play this game just a bit more!

Should I not take over the lead of some small militia group or marry myself off to a hot mercenary with a bad South African accent, who keeps asking me for a “loose”, then I’ll see you back here on Monday 11th….
Enjoy the strike in the meantime! I'll be enjoying the equator!
Posted by Champagne Heathen at 09:47

ooh ooh, Cameroon?!?! Love it there! Enjoy, see you on the other side!

Bring back some ivory...

Believe it or not, I'm jealous... all so interesting!

I wanna go to Kenya at the end of the year.

A friend I met at work is Kenyan, and apparently there's a big election happening at the end of the year in those parts.

He told me to save up for it, and if so, I could tag along. Really interested in doing that.

My experience of Kenyans (admittedly I've only met two) has been a bizarre mix of complete relaxedness and complete dedication to getting the job done.

The Daniel the Dictator Moi Something Administration left Kenya vulnerable to Parasites, like the politician who is currently in charge.

My Hakona Matata mate mentioned this election will be the biggest gathering of Kenyans from world-wide in many years, all coming to vote, as Democratic citizens, for a better future.

Whether that happens is up to elements beyond their control, like there actually being a candidate of any real moral integrity...

I plan on going with him, as an educatonal holiday.

There's this pent up energy, like the in part three of a certain trilogy, called Return of the Jedi, where our Heroes gather for one last stand against the forces of Corruption...