What I learnt in the Kruger Park 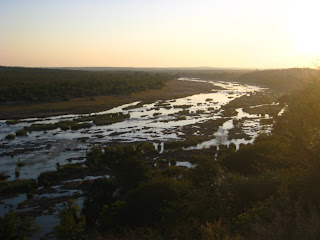 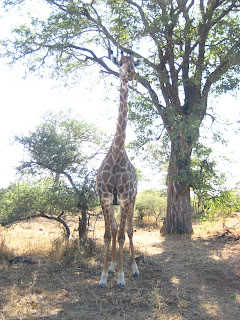 · There are more animals in the south of the park – go there if you want to see animals! Go north if you don’t want to see people;
· The elephants really are taking over! With hippos close behind. I don’t like being bored of elephant sightings, but I really (ok, maybe just ‘nearly’) did; 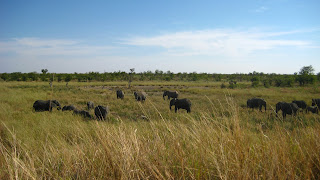 · I take crap photos of animals;
· How to piss off a poppie after spending 4 days in a car with her;
· The mist can become insane & fkcing scary while driving in the Dullstroom area- especially at dusk; · It can be 4 degrees in Jo’burg and 38 degrees in the Park;
· Belfast is always cold. Always.
· Dullstroom is supposedly the highest town in SA – as according to some ancient Trivial Pursuit quiz – happy to prove the boyfriend wrong if you have proof…;
· Wildebeest used to be known as Gnus; 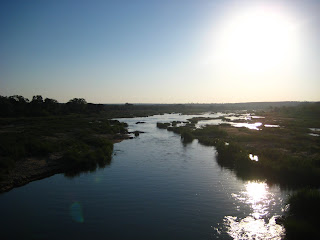 · When people at camp sites don’t obey the “Do Not Feed The Animals” sign, the result is you sleeping with a hyena staring at you just 5 metres away, with a little fence between it & your tasty right leg! · 2 different nights, 2 different camps, 2 different hyenas hungrily staring;
· Red wine shuts her up – if consumed by you;
· Baguette slices are so much nicer to dip into “braai’d” camembert than the Park’s rolls;
· You can get out on many bridges in the park…which really heightens the moment when you turn around and see a leopard crossing the road at the edge of the bridge; 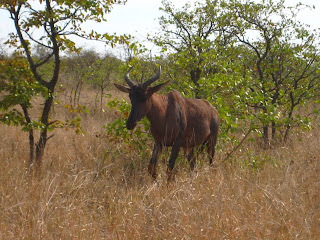 · Sometimes, it really is not worth getting up at 5.30am to go animal searching;
· Babies should not be allowed in camp sites!!!!! 4 fucking a.m. is NOT a maternal hour for any non-mother!; · Paul Kruger was a wise and visionary man!;
· They used to have army camps in the Park during the Apartheid era & the idiot soldiers would drive fast at night through the park & crash into & kill animals;
· People DO NOT drink tea & coffee in the bar at the Pilgrim’s Rest Royal Hotel – but I had no choice; 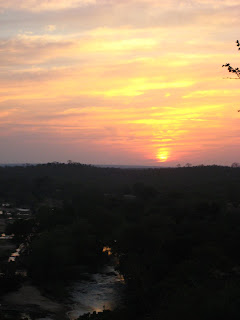 · R200 worth of biltong from Groenkloof butchery & a kilo of nuts can keep 4 people in a car for 4 days quite stuffed!;
· Tsesebe is the fastest buck, waterbuck is the buck most munched by lions (as per its numbers...or something), bush buck are apparently the most aggressive - have you SEEN a cute little Bambi bushbuck!, kudu is the most elegant buck;
· The "Tusker" Elephants had mailto:%@!&^%!$@^ big tusks!!!!!! - as displayed at Letaba camp. (This one in the photo below isn't one of them); 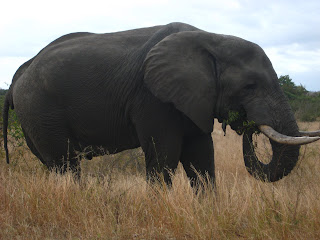 · Oliphants camp really does have the most gorgeous view - especially at full moon midnight after muchos wine and now onto the milo!; 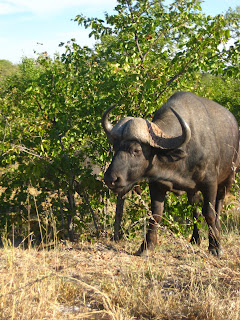 · Ticks like nipples;
· Animals love to show you their asses;
· No matter the company, a trip to the Kruger will always rock your world. 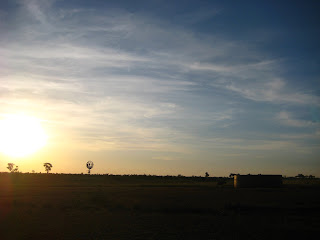 Posted by Champagne Heathen at 14:43